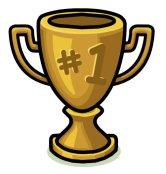 In most things the HVA are doing under the pandemic, we're taking our lead from Volleyball England. You can see how they finalised their competitions here with details of their decision making process here (PDF download). This approach was agreed at the HVA committee meeting held on 24 August 2020 (waiting on minutes).

VE decided to award all league results as a draw, sharing the points equally between teams. We've also finalised each unplayed game as a draw and have used the draw mechanism described in our rules to do that, awarding each match as 25-20, 20-25, 25-20, 20-25.

Again, following VE, we are going to try to finish the KO Cups, hopefully before the end of the year. We have the women's finals, one men's semi and final to arrange. There will of course be no grand cup finals and the first listed team will host the match as the home team. Whether we can complete the KO Cups is down to the competing teams. If any team does not wish to play these games, then that competition will be declared null and void for the year.

It was agreed at the committee meeting that there will be no medals this year. The cups will be passed to the winners by the current holders by arrangement and, as usual, it is the winner's responsibility to get the cup engraved. There will be no MVP awards this year.

More information on the coming season will be made available soon. We do not currently plan to start competitive matches until October (which is normal). We urge any teams that are starting training to follow the current Volleyball England guidelines. We will be collating this information on the HVA website soon.